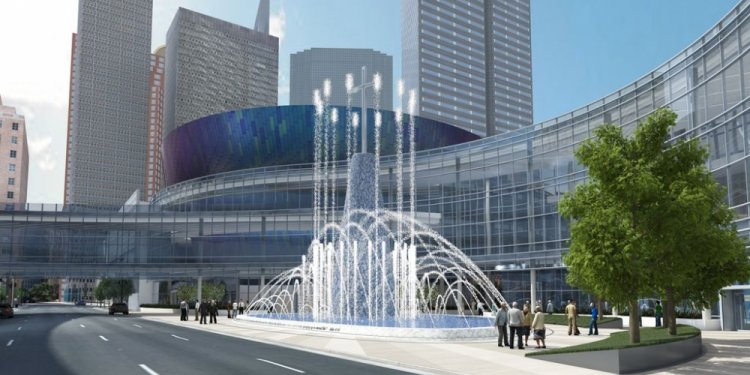 Dallas ISD will pay $46.5 million for a new building to consolidate its headquarters and other district offices after a majority of trustees approved the purchase early Friday.

Trustees voted 5-3 to buy the building at 9400 N. Central Expressway. The deal is expected to save millions by housing hundreds of employees working throughout the district in one single location.

Trustees Bernadette Nutall, Joyce Foreman and Lew Blackburn voted no, with various concerns about the deal that centered in part on funding.

The 16-story building near NorthPark Center will be called the Dallas ISD Education Center. It will also house a “Welcome Center, ” student records, parent services office and working space for teachers and other instructional staff.

Trustees who supported the deal said it will allow the district to put money into schools by not having to maintain multiple buildings. DISD projects a cost savings in 2018 estimated at $3.8 million — increasing to $27.7 million in 2021.

“We’re actually cutting administrative costs so we can put the money back in schools, ” trustee Dan Micciche said.

But some concerns were that the building is too far north and not as accessible to residents in southern Dallas. The new building is about 6 miles north of the current headquarters at 3700 Ross Ave. There were also questions about how the savings would be spent.

“I get consolidation, but there’s no guarantee that that money is going to go back in our classrooms, ” Nutall said. “We have no vision about what we are going to do about those schools that are in need.”

The district mapped employee addresses to demonstrate the building’s proximity to employee homes. But Foreman has said that the decision shouldn’t be made based on employees who could move on to other jobs.

Before the vote, trustees got an earful from supporters of South Oak Cliff High School who have complained for months about the condition of the school. They want a new building, but they are projected to receive up to $40 million in improvements instead. Some speakers were upset that the district is planning for a new headquarters while they plead for a new school.

“Do right by the students and the communities, ” Denise Gomez, a South Oak Cliff resident, told trustees. “Let’s make schools everywhere beacons of hope instead of landmarks of poverty.”

Bill Betzen, a community activist and retired DISD teacher, said the new headquarters is farther away from students who are struggling the most academically in southern Dallas.

“You are moving away from the children that need you the most, ” Betzen said.

But trustee Miguel Solis said having the headquarters centrally located has not improved performance at schools. He said the deal will help schools.

“If we continue to spend money in an inefficient way, we are doing a disservice to children, ” Solis said.

The district is already leasing space at the proposed site for its human resources and IT departments. The 387, 000-square-foot building is expected to house about 1, 900 DISD employees, which includes about 340 employees already working there.

In all, employees from 16 locations would occupy the new building. DISD anticipates selling 30-plus properties that are occupied, vacant or are lots.

The funds to buy the building and pay for operating, moving and renovation costs is expected to come from the sale of the properties (including the current headquarters); $25 million that the district has reserved for a new building; savings from not having to lease space now used at the new site; and money made from current tenants who still have leases at the site.

The district would also use $11.9 million from its reserve fund.

The district plans to honor the current leases at the new site. About 55 tenants are currently in the building, according to DISD.

Money saved from purchasing the building will go into a “construction fund balance, ” which will be used for needed construction projects and unforeseen program needs. The plan proposes that it take a supermajority of trustees, or two-thirds, to use the construction fund.

The plan is to close on the building on July 1. Employees could begin moving by the end of the year, with the move-in process taking about four years due to when the leases of current tenants expire.

In the past, attempts to get a new headquarters failed. Trustees rejected a plan to buy the Exxon Mobil tower on Stemmons Freeway in December 2014.

Also at the meeting, trustees approved a contract for up to $3.9 million with Ratcliff Constructors and Hernandez Consulting, a joint venture, to add an addition to Casa View Elementary in East Dallas.

Some trustees had been concerned about Ratcliff’s participation because it’s the company that built a Red Oak ISD elementary school where some walls collapsed during the December tornadoes because of alleged faulty construction. The company has disagreed with the allegations.