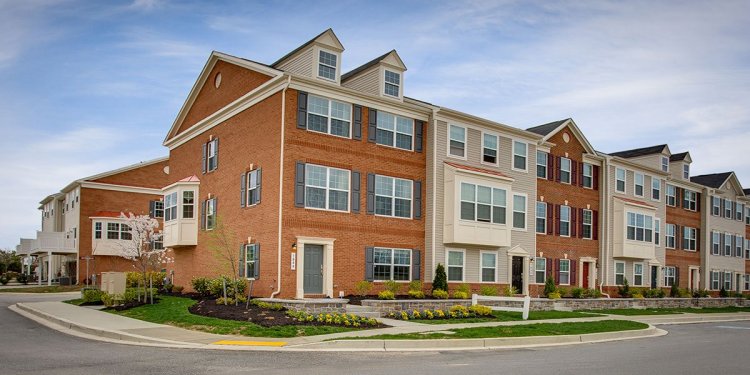 City officials have given a local property owner 30 days to remove two unusual dwelling units in Portland’s Bayside neighborhood that they say violate the city’s land use code.

The owner also has the option to seek building permits, but it’s not clear the non-traditional homes would qualify, even with potentially expensive upgrades such as a new water main to the property.

“I don’t know what we’re going to do, ” said property owner Brent Adler, who has tenants ready to move into two units on Chapel St. on Nov. 1.

The offending structures are two tiny homes perched atop trailers that have their wheels hidden by flashing to give the appearance of a foundation. The units, each with roughly 400 square feet of living space, have been hooked up to electrical, water and sewer lines.

Adler, who owns residential buildings in the city, said he believes the tiny homes are allowed because they are essentially recreational vehicles and he could not find any language in the city’s land use code prohibiting him from parking RV units on his land and renting them out.

However, Michael Russell, the city’s director of permitting and inspections, said in an email Tuesday that RV parks are not addressed in the code and are therefore prohibited.

“Any use that is not specifically allowed in the zoning ordinance is disallowed, ” Russell said.

City officials issued Adler a notice of violation Friday for “erecting structures without a permit.”

They are demanding that the property owner apply for building permits for the structures, which were built off-site and are apparently prohibited in the R-6 residential zone. If he can’t get the permits – or if he doesn’t apply – he would have to remove the structures, jeopardizing what Adler says is a more than $175, 000 investment.

Failure to remove the units or apply for a permit within 30 days will result in enforcement action, which could include fines of $100 a day.

The case of the houses on wheels appears to be the first time Maine’s largest city has been forced to tackle code issues raised by the tiny house movement, which is gaining traction throughout the country. A tiny house can vary in size from 100 square feet to 400 square feet, but such structures are not typically addressed in the land use codes of most Maine cities and towns.

A couple in Richmond had little trouble getting the town to approve the tiny house they parked on a small property there in May, while another couple ran into resistance in August 2015 while looking in Portland’s suburbs for a place to park their tiny home.

Portland’s Housing Committee briefly took up the issue at a meeting last month and concluded that tiny homes did not comply with the state’s building code and certification for manufactured homes, according to meeting minutes.

The city has been open to smaller-scale commercial development. A Portland property owner submitted an application with the city in August to use five, 380-square-foot shipping containers as temporary retail space at 93 Washington Ave. That project received site plan approval but still needs building permits and sign-off from the state Fire Marshal’s Office, said property owner Jed Harris, who hopes to have the containers installed over the winter.

Planning and Urban Development Director Jeff Levine was not available Tuesday afternoon to explain the difference between the shipping containers and tiny homes. But city spokeswoman Jessica Grondin speculated that the state building code treats retail and residential units differently. She emphasized that the city’s real issue with the Chapel Street houses is that the buildings were placed there without a permit, which would trigger an inspection.

Adler said he decided to look for a temporary use for the nearly 1, 800-square-foot lot after meeting with the city about his redevelopment options. The property was purchased in March for $100, 000, according to city tax records.

Adler said he first asked city staff about rezoning the land to allow for a five-unit building, but was met with resistance. Even building a two-unit building would not be easy, because Chapel Street – a narrow, cobblestone road off Cumberland Avenue – does not meet city standards and a water main would need to be upgraded to accommodate a sprinkler system, he said.

Contractors working for Adler did receive city permits for the utilities at the property. In June, Public Works Director Christopher Branch approved a permit, costing roughly $575, for new sewer and water services at 47 Chapel St. In September, the city granted a permit, costing $55, for electrical permits for two meters servicing “underground service for a parking lot.”

The two tiny homes now waiting for tenants are deceptively spacious inside.

The dark brown home at 47 Chapel St. was built in Lebanon, Maine, and has handmade pine cabinets and wood laminate flooring. It has a small kitchenette, living room, bedroom with a queen-size bed and bathroom with a stand-up shower. The 400-square-foot building, which has a screened porch, was rented for $1, 100 a month on the second showing, he said.

The unit at 49 Chapel St. was built in South Carolina. A Murphy bed folds out of the wall in the living room. It, too, has a kitchenette and bathroom with a full-sized tub, and it also has a loft. That 380-square-foot building rented for $850 a month on the first showing, he said.