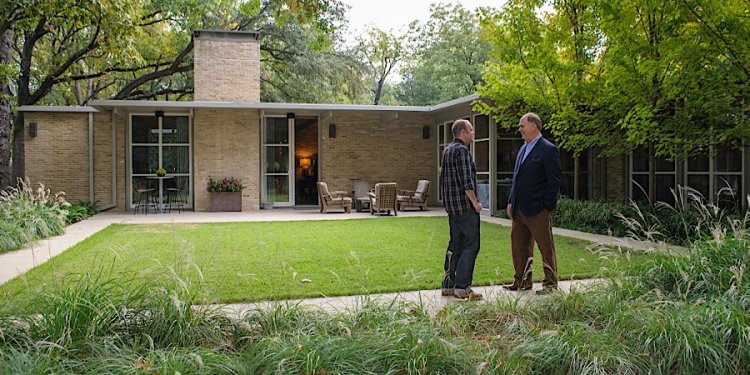 Rumors of a sale of Virgin America to JetBlue or Alaska Airlines have dominated aviation conversations this week, sparking speculation about the impact a takeover would have on an industry that’s become increasingly concentrated in the hands of the four major domestic carriers.

But in Dallas, the attention is on Love Field, specifically the two gates Virgin America controls at the home of Southwest Airlines.

Virgin America acquired the rights to the gates in 2014 as a result of the merger between American Airlines and US Airways, and it moved its operations to Love Field that October with the expiration of a federal law restricting flights at the airport.

But with JetBlue’s current service primarily concentrated on the East Coast and Caribbean and Alaska’s focused on the western U.S., flying out of Love Field wouldn’t necessarily be a natural fit for either airline.

“Certainly having either JetBlue or Alaska at Love Field would keep a healthy element of competition, which is good, but it’s not going to be easy, ” said Henry Harteveldt, a travel industry analyst and founder of Atmosphere Research Group. “At best, Virgin America or whoever acquires it could operate 20 flights per day out of Love Field. That’s not a lot.”

Add to that the limited opportunities to grow at the airport and the challenges inherent in competing on Southwest’s home turf, and a new owner might decide the gates aren’t worth the hassle, opening the door for a potential sale or transfer of those rights.

With Love Field constrained to 20 gates under the terms of the Wright Amendment Reform Act, Southwest has few options to grow its Dallas operation from the 18 gates it already controls there.

The company has shown it will jump at any opportunity to increase its presence at Love Field, paying United Airlines $120 million in 2015 for the rights to use two gates. That deal has sparked a legal battle between Southwest and Delta Air Lines, which is fighting to keep a foothold at Love Field, where it currently operates five daily flights.

Southwest and Delta both declined to comment about the potential Love Field impacts of a Virgin America sale, which Bloomberg reported could be announced as early as next week.

Any transfer of rights to gates at Love Field would likely draw scrutiny from federal regulators, as well as the airport’s owner, the city of Dallas. Mark Duebner, the city's aviation director, said his department is aware of the rumored sale, but that it's too early to speculate how it may impact Love Field.

Analysts have indicated that JetBlue might make a more sensible candidate to take over Virgin American, because both airlines use similar types of planes and have fewer overlaps in their networks. Virgin America, JetBlue and Alaska have not publicly commented on the possibility of a sale.

Virgin America's share price has shot up by 25 percent compared to a week ago on rumors of a sale.

There are benefits to operating out of Love Field, Harteveldt said, with its recently renovated terminal and its convenient proximity to the city’s core, which is especially attractive to business and convention travelers.

Virgin America’s experience at Love Field offers a cautionary tale. Cush, the CEO, said in February that its Dallas routes are profitable and that the long-term outlook is “very good.” And Virgin’s February traffic was up 38 percent year over year, according to airport data.

But Virgin America has had to shuffle its routes in search of the right offering, dropping its service from Austin late last year in favor of flights to Las Vegas, where it competes head-to-head with Southwest. Virgin America also currently flies from Love Field to Los Angeles, San Francisco, New York's LaGuardia Airport and Washington's Reagan National Airport.

Land in Dallas for Sale