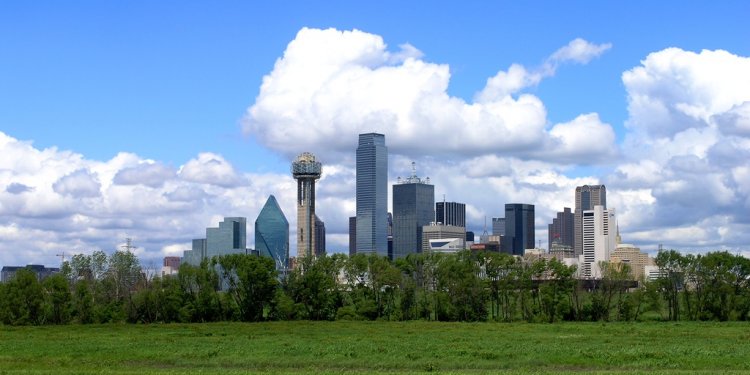 1. Itâs Getting Bigger All The Time

Everything is bigger in Texas, and that includes Dallas, one of the fastest-growing cities in the country. Even the surrounding suburbs are rapidly growing. So get in now while itâs still affordable!

3. But Get Used To The Idea Of Gas Station Tacos

Yeah, I can feel you cringing from here. But trust me, thereâs something magical about filling up your tank while downing a few tacos. Youâll see.

If living in Dallas isnât enough to put a smile on your face, you might want to rethink your move. This is a city of friendly people who wave, smile, and say hello to perfect strangers.

5. Getting Around The City Is A Breeze

Youâre still going to want to keep a car if you live in Dallas. But the Dallas Area Rapid Transit (DART) is one of the fastest-growing light rail systems in North America and will get you around to a lot of places in the city.

6. No, Itâs Not A City Filled With Cowboy Hats

Just because Dallas is a city in Texas doesnât mean that it lives up to every Texas stereotype. Itâs a progressive area and Uptown Dallas is actually filled with more overly-tanned guys with spiked hair in Ed Hardy shirts than rodeo-wear.

7. But Cheering For The Cowboys Is Basically Mandatory

So what if some years are better than others? Theyâre the second most valuable sports franchise in the world for a reason. The fans are always the same and come every new football season: this is their year!

8. Itâs A Four For Four City

But donât assume the Cowboys are the only team to cheer for in Dallas. The Rangers, The Mavericks, and The Stars keep the sports fans in this town going all year long.

9. You Can Afford To Buy A Home Here

Renting is incredibly cheap here with a median average of $1, 315. But you can also afford to buy in Dallas, too. The average home price is only $120, 500. Thatâs why youâll see so many young home-owners in the city.

And then multiply it by about eleven million. Dallas gets so hot sometimes, you might begin to believe youâre walking on the surface of the sun. Believe the hype. But donât complain too much or youâll have to hear about the heat wave of 1980 for the twentieth time.

The State Fair of Texas rolls around every September, starting with Big Tex and doesnât end until every last person has ridden the giant roller coaster and made themselves sick on an endless string of corny dogs. The current Big Tex isnât the same, though, since the original burnt down due to a fire in 2012.