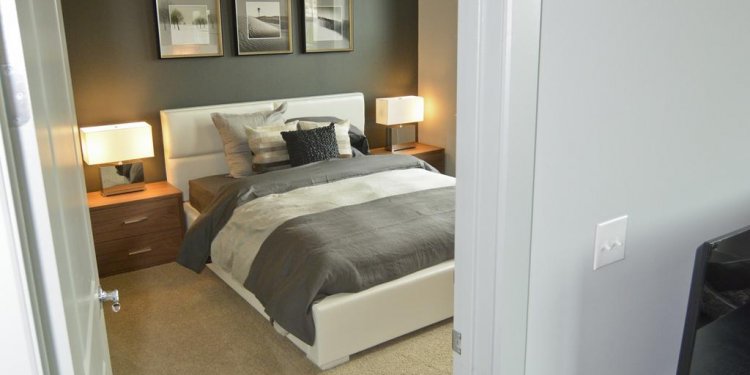 11 Texans share their insights on commutes, neighborhoods and the cost of living.

Both Dallas and Houston have a distinct culture, thriving industries and hot housing markets, so where do Texans and implants prefer planting their professional roots? We’ll let you be the judge.

Local residents chimed in to share what makes their city unique, livable and a great place for professionals to reside.

1. What does your city have to offer young professionals?

As a young professional, you want a well-rounded city that also makes sense financially. Dallas has a cheap cost of living, one of the best job markets in the nation, amazing sports teams to follow and tons of beautiful spaces that spur creativity. — (Dallas)

Houston is one of the most diverse cities in the country so there are plenty of opportunities to explore new cuisines, art, history and more from cultures around the world — without even leaving the city. The diversity also offers more opportunities for exposure to new ideas and experiences than you might find in other cities, which I think is very important for people starting out in their careers and adult life. — (Houston)

2. Do you think your city has attractive employment opportunities? Did it influence what city you moved to?

I’ve re-invented myself professionally several times in the 5 years I’ve lived here and always managed to find work within whatever I was pursuing at the time. — (Houston)

We moved to Dallas three years ago for my husband’s job. With major corporations like Bank of America, AT&T and Southwest Airlines based right here in Dallas, there are unique opportunities to advance in your employment through a variety of avenues. — (Dallas)

3. What neighborhood is popular among professionals with families?

Affordable housing for families is typically out in the suburbs whether it’s Cypress, Sugar Land, The Woodlands or Katy. These master-planned communities offer more home for the money, neighborhood parks, great schools and more land to spread out. — (Houston)

We live in North Dallas and we have fallen in love with the combination of city life and family values. We have parks and playgrounds right down the street, but we are only a short drive from great attractions like the Dallas World Aquarium and the American Airlines Arena. — (Dallas)

4. Why did you choose to live in your city?

I saw that the potential to improve my quality of life was great here. —(Houston)

I relocated to Dallas because of a job, but I stayed because of the people and opportunities — both professional and social. — Amanda Kushner of Glitter and Spice (Dallas)

5. Would you consider living in the other city?

I would live in Dallas. It is just a bit more fast-paced than I am accustomed to, but it is a great city. — (Houston)

I would not be opposed to living in Houston — if there were a valuable or adventurous reason to do so. I love to travel. — (Dallas)

6. Do you think it’s easy to commute between work and home?

For me personally, absolutely. It’s an 8-minute commute. But Houston traffic can be pretty nasty depending on where you live and work. I believe Houston traffic is among the top cities with the worst traffic. — (Houston)

It depends. If you are considering a move to this area, and you’re coming from a metro with great public transportation, just be aware that only Dallas proper really has a good, reliable system. There is a cross-region train, too. But really, bring or buy a car, and buckle up. Alternately, if you really hate being behind the wheel, carpool to work or budget for ride-share — they are available almost everywhere in this area, including airport service. — (Dallas)

7. What aspects of your city help further professional development?

Houston’s Museum District is a true gem and the Houston Public Library is a great resource! This city has a strong professional community and there are many organizations you can join based on your specific career. Oftentimes, these organizations have happy hour events where you can network with other professionals in your field. — (Houston)

All of the things you would want to further your professional development are readily available throughout the city and the Dallas-Fort Worth area. There are always free classes and events going on in or near Klyde Warren Park. The Dallas Museum of Art does a lot of free events, as well. There are also many other free museums including, the African American Museum and some parts of the Perot Museum, just to name a few. — (Dallas)

8. Are there good neighborhoods close to downtown (or where most people work)? If so, what neighborhoods would you recommend to professionals?

I would recommend, the Heights, Rice Village or Montrose area. It is in the loop, and you can ride the rail everywhere. — (Houston)

Absolutely! For restaurants and bars, I recommend checking out Lower Greenville, Knox/Henderson, Oak Cliff (Trinity Groves and Bishop Arts) and Deep Ellum. These areas tend to have the coolest (and best) new restaurants while also being less expensive than the big steakhouses in Uptown. Speaking of Uptown, the bar scene on McKinney is pretty fun for recent grads. — (Dallas)

9. What industries/companies are present in your city? How do they influence the city’s culture?

Oil and gas, real estate development, technology, hedge funds and private equity fashion startups, automotive — the list goes on! It was a true testament to Dallas’ fast-paced growth and strength when Toyota moved their national headquarters to Dallas. When a city is thriving, the culture responds to that. — (Dallas)

While energy is certainly Houston’s largest industry, there are many others that make up Houston’s diverse economy including a thriving healthcare industry — which boasts some of the world’s best medical institutions — manufacturing, finance and more. The diversity of Houston’s industries has crafted a population that is equally as culturally diverse, creating a city influenced by people from many different backgrounds and rich in culture. — (Houston)

10. How does the cost of living compare to the salaries in your city? And do you think it’s an affordable place to live for young professionals?

Several years ago, Forbes ranked Houston No. 1 in its list of “Best Cities for Young Professionals.” This is in part due to low unemployment rates, high average incomes, concentration of grads from elite colleges and reasonable housing rates. Living “inside the loop” is more expensive, however. —

There’s a phrase in Dallas — the “$30, 000 millionaire.” These are people who get sucked into the see-and-be-seen part of Dallas, who burn through money and live way outside of their means. This is not a rarity, but it is easily avoidable. I think Dallas is an affordable place to live for young professionals but, like in any major city, there are thousands of distractions that make budgeting pretty hard. Food is inexpensive and beer is cheaper than water, but that doesn’t mean that you need to eat out for every meal. — (Dallas)