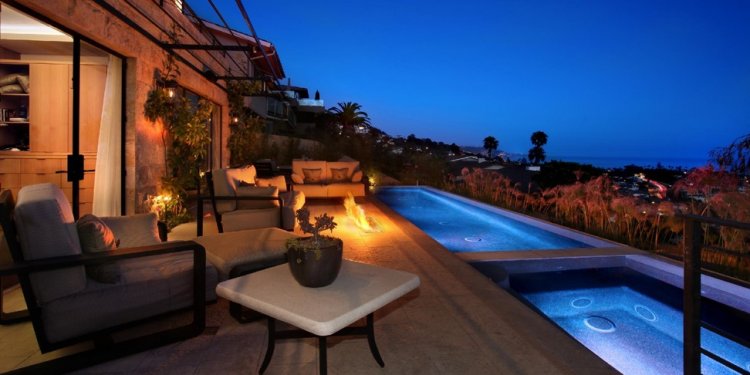 When it comes to real estate, the more you spend, the more money everyone makes. And it happens on every level of your home purchase.

The costs start adding up once you find the perfect place. According to the National Association of Realtors, real estate agents get paid by taking a percentage of the purchase price of your home. In other words, the more you spend, the bigger the payday. And the bigger the loan, the higher the closing costs and borrowing fees tend to be – a benefit that goes directly from your pocket to your lender’s.

In case you were wondering, this is why your real estate professional may pay little attention when you tell them you only want to spend X number of dollars on a new home. It’s not that they aren’t professional, or that they don’t care about your financial situation; it’s just that they only stand to benefit if your budget creeps up a few dollars here or there.

And what’s a few thousand dollars between friends?

Budgeting for Your Priorities

I know – I’ve been there. When my husband and I moved to a new town last year, our income qualified us to spend 300% more than we planned. And even though we told our Realtor what our intentions were, it didn’t stop her from suggesting houses outside our comfort zone. In fact, I remember having plenty of conversations about it, and getting advice like this:

“Your kids are getting older – you need a house you can grow into.”

“Interest rates are so low. You can get a lot more house for your money in today’s market.”

In the end, we bought exactly what we wanted, and actually spent less than we planned. And it didn’t end up that way just because we’re cheap; we based our decision on our shared beliefs and goals.

Still, the principles that steered us toward a less expensive home don’t just apply to us; they could apply to your situation, too. There are some really good arguments against borrowing as much as you possibly can. Here are some of them:

Decades ago, most people believed housing prices would keep climbing for eternity. I remember my mom telling me years ago that, when she and my dad bought their first home, their Realtor pushed them to borrow as much as possible.

“The more you buy, the more appreciation you will see over time, ” they were told.

And that notion made sense at the time. After all, land is a limited commodity, and a growing population will always need somewhere to live. Housing prices should go up forever, in theory. The problem? Just because they should doesn’t mean they will stay that way.

In fact, the housing crisis of 2007-08 proved that market corrections are somewhat inevitable. Although some regions remained relatively unscathed, housing prices dropped an average of 30% nationwide. According to Forbes, some of the most overvalued housing markets, such as Las Vegas, saw housing values drop as much as 60% from 2006 to 2011. And other big markets followed suit. For example, the Chicago area witnessed a 40% drop in real estate prices, Detroit endured a 50% correction, and Phoenix saw housing prices plummet as much as 56%.

If you plan on living in your home forever, you may not care how much your new house will be worth. But what if you need to move?

Need an example? Picture this: Two families are shopping for a house in the same neighborhood. Family A drops $400, 000 on their dream home, while Family B spends only $200, 000. If housing prices drop 20% over the next two years, which family will be better off? (Hint: Family A would lose twice as much equity as Family B — a difference of $80, 000!)

But even if housing prices go up, some costs are inevitable. No matter how much house you buy, the sticker price is only one piece of the puzzle. And when you buy a bigger or more expensive home, almost everything costs more.

But that’s not all. A bigger house means everything is bigger and more expensive to repair. A bigger roof will cost more than a small one, and the more windows you have, the more expensive it will be to upgrade or replace them. Flooring is typically priced by the square foot, so more carpet and tile will always lead to higher costs. A bigger yard means more landscaping and a longer driveway means more concrete to pour. The list goes on, and all of those additional costs can add up quick.

It’s true that kids may benefit from some extra space in the house. They’ll need a place to bring friends when they come over to visit, and it’s always nice when teenagers are able to have their own room.

But you know what’s better? Having money to help your kids through college. Being able to afford a really nice family vacation each year. Having the extra money to pay for the important things your kids will inevitably start asking for as they grow older – fees for school trips, sports, and activities, spending money for weekends, and even their first car.

Buying a house you can easily afford can mean the difference between having extra money for your kid’s changing needs and being house-poor and unable to afford much of anything. That bonus room above the garage might be nice, but not so much when you consider what you had to give up.

Don’t Forget to Save for Everything Else

Speaking of giving things up, the extra money for a bigger house payment has to come from somewhere. By and large, Americans have large houses but tiny bank accounts. According to a recent survey, the average middle-class worker has a median savings of around $20, 000 for retirement. Further, a full third of working middle-class adults aren’t contributing anything to retirement at all – not in a 401(k), Roth IRA, or any other retirement savings vehicle.

The poll in question, which was conducted by Harris Poll and included 1, 001 middle-class adults ages 25 to 75, also proved we aren’t great at planning ahead. According to results shared in USA Today, around 55% of participants planned to save more for retirement when they’re older to make up for any shortfalls.

If a bad idea ever existed, that would surely be it. Why? Because compound interest needs time to work its magic – and the later you start saving, the less power it will have.

Simply put, if you want to retire one day, you need to start saving today — or maybe yesterday. Not doing so will only cause you grief down the line or delay your retirement altogether. Simply put, when you buy a house that is unaffordable, you will have fewer dollars to sock away for your future self.

Your Mortgage Doesn’t Have to Be Forever

Most people get a 30-year mortgage and pay that monthly payment until the cows come home. Unfortunately, that usually means they never really own a home until the bitter end.

So if you opt for a 30-year-mortgage each time you move, it could easily mean you’ll be making that monthly payment your entire life. Frugal friends, is there anything more depressing than that?

Fortunately, it doesn’t have to be that way, which leads me to the next reason it makes sense to borrow less than you can afford. Obviously, the less you borrow, the faster you may be able to pay it off. And if you buy a house that is on the lower end of your housing budget, you may even be able to afford the monthly payment on a loan with a shorter term.