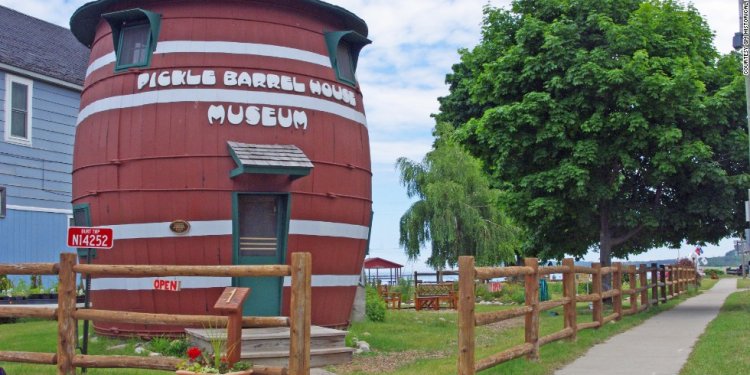 Clearly, "lifestyles of the rich and religious" doesn't cut it for Pope Francis.

The pontiff has said it "breaks my heart" to see priests and nuns driving the latest-model cars.

And he's warned against church leaders who bear the "psychology of princes."

(Bronze window frames? $2.4 million. Getting on the wrong side of the Pope? Far more pricey.)

Say what you will, but this Pope puts his preaching into practice.

Pope Francis lives here, in a small suite in the Vatican guesthouse.

The message seems clear, no?

A CNN investigation found that at least 10 of the 34 active archbishops in the United States live in buildings worth more than $1 million, according to church and government records.

That's not counting hundreds of retired and active Catholic bishops in smaller cities, some of whom live equally large.

Among archbishops, Cardinal Timothy Dolan of New York leads the pack with this 15, 000-square-foot mansion on Madison Avenue, in one of the priciest corridors of Manhattan.

Vanderbilt Appraisal Company, a New York firm hired by CNN to estimate the building's value, said it's worth at least $30 million. Dolan shares the neo-Gothic mansion, which is reportedly filled with thick red carpets and priceless antiques, with three other priests.

This mansion has 19 chimneys and sits on 1.7 acres of prime real estate in Chicago's ritzy Gold Coast neighborhood. It's worth $14.3 million "as is, " but the property could fetch far more, appraisers told CNN.

George, whose private quarters occupy the mansion's top two floors, according to the archdiocese, shares the residence with two bishops and a priest.

Three nuns who care for the cardinal and his mansion live in a 5, 800-square-foot coach house near the main residence.

The mansion's size, architectural details, location and unobstructed view of nearby Lincoln Park make the residence "one of a kind, " said Thomas Schurer, director of sales for Chicago's Real Valuation Services, which appraised George's residence for CNN.

Representatives for Cardinals Dolan and George point out that their mansions were built more than 100 years ago and are used as offices and for hosting guests and fundraisers as well as residences. They also say the mansions are historical landmarks and can't easily be sold or converted to other uses.

A century ago, Catholics celebrated the success of their church in the United States by building mansions for their archbishops, historians say. It was a way of saying, "We've made it, and we're here to stay."

But the point has been proved, some Catholics say, and Pope Francis has urged archbishops to refocus their resources on caring for the poor and marginalized.

"There's no reason a bishop has to live like a prince or medieval monarch, even if he inherited the place from his predecessor, " said the Rev. Steven Avella, a Catholic priest and professor of religious history at Marquette University. "They should convert the mansions to museums and move into rectories."

In addition to regal residences, many archbishops acquire other perks: live-in assistants, housekeepers, chauffeurs and cooks. Others live alone in roomy residences.

Archbishop James Sartain of Seattle, for example, lives by himself in this three-story house. The appraised value is $3.84 million, according to the King County Department of Assessments.

Archbishop Leonard Blair of Hartford, Connecticut, lives in this nearly 9, 000- square-foot mansion, which was appraised at $1.85 million, according to government records.

Archbishop Thomas Wenski of Miami lives with his secretary, a priest, in this six-bedroom, six-bath house. A tiki hut and pool in the backyard overlook Biscayne Bay.

The 5, 350-square-foot residence is worth more than $1.38 million, according to Miami-Dade County assessors.

This castle-like mansion, once featured in an article on the "Palaces of St. Louis, " is home to St. Louis Archbishop Robert Carlson.

The 11, 000-square-foot home, which Carlson shares with a priest-secretary, is worth $1.4 million, city appraisers say. Two nuns also live on the property, but not in the house, and cook and clean for the archbishop. In 2008, Carlson also bought a house in Estero, Florida, for $327, 500, according to public records.

The 11, 500-square-foot building, where the archbishop lives with his priest-secretary and the rector of the Baltimore Basilica, is connected to the historic basilica by a passthrough. The Maryland Department of Assessment and Taxation says the residence, which includes offices for Lori and the rector of the basilica, is worth about $1.24 million.

Archbishop Gustavo Garcia-Siller of San Antonio lives in this 5, 000-square-foot residence, which includes a courtyard, a private chapel, a fireplace and a wet bar.

The residence was built by Garcia-Siller's predecessor in 2009 for $1.1 million. At the time, the archdiocese was facing a budget shortfall that resulted in the firing of 11 full-time employees, according to the San Antonio Express-News.

In addition to the above examples, the Archdiocese of Los Angeles spent $7 million building a 26, 000-square-foot rectory for its former archbishop in 2002, according to public records. Archbishop Jose Gomez, who moved to Los Angeles in 2010, now lives there with six priests.

The Archdiocese of Denver is building a $6.5 million, 13, 500-square-foot center that will include meeting space, a kitchen, a library, a chapel and an apartment for Archbishop Samuel Aquila. The residence portion, which includes living space for several other priests, will cost about $1.3 million, according to the archdiocese.

Even in smaller cities, some archbishops live in houses few in their flock could likely afford.

Archbishop Dennis Schnurr of Cincinnati, for example, lives by himself in a four-bedroom, four-bath house in Hamilton County, Ohio.

The archdiocese bought this house for Schnurr in 2009 for $469, 718, which led to some grumbling by local Catholics.

In response to questions about archbishops' residences, representatives for the church leaders say they are used as more than living quarters. They also have offices, host functions like fundraisers and house church staff besides bishops.

That's the case with Dolan's mansion, which connects to St. Patrick's Cathedral, said Joseph Zwilling, spokesman for the Archdiocese of New York. Besides, it's on the National Register of Historic Places, which means it can't easily be sold or converted to other uses, he said.