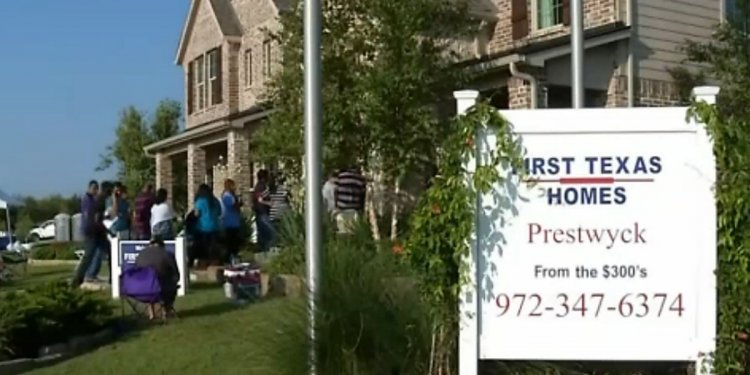 Economists are calling Dallas one of the hottest real estate markets in the country. Recent forecasts suggest the city could outpace the nation in 2017 as well, in terms of home-price gains. Here are the latest housing market trends, forecasts and predictions for Dallas, Texas.

One of the Hottest Real Estate Markets in August

In August, the economists and analysts at Realtor.com created a list of the hottest real estate markets in the U.S., for that particular month. Their “hotness” rankings were based in part on how quickly homes are selling, and how much demand their is from buyers.

According to the report:

“[Chief economist Jonathan] Smoke and his team looked at the median number of days homes spent on the market to gauge the supply of homes for sale, and the number of listing views per market to arrive at a list of the 20 hottest real estate markets in the country.”

Based on their analysis, Dallas was ranked as the second-hottest real estate market in the nation for the month of August, with relatively quick sales and strong demand.

Perhaps this is why most 2017 forecasts for the Dallas housing market are calling for continued (and significant) home-price gains next year. There is a lot of demand for homes across North Texas, but limited supply. This is putting upward pressure on residential property values.

According to the widely cited Case-Shiller Home Price Index, house values in Dallas are higher now than ever before. In fact, they’re well above the peak reached during the last housing bubble.

The median home price in the DFW area is around $230, 000, according to a report published recently by HSH.com. Several sources have reported double-digit gains in house values over the last year. That’s a much faster rate of appreciation than the national average.

Which begs the question: How much higher can home prices climb in the area? Here are some forecasts and predictions for the Dallas housing market in 2017.

The real estate information company Zillow recently offered a 12-month forecast for the Dallas market, projecting through August 2017. By their estimation, home prices in the city will rise by approximately 7.3% between now and this time next year.

In August, the company stated: “Dallas home values have gone up 16.6% over the past year and Zillow predicts they will rise 7.3% within the next year.” By comparison, they are predicting a gain of only 2.4% for the nation as a whole. So in this regard, the Dallas housing market is predicted to outpace the nation over the next year.

On the mortgage front, analysts are forecasting a continuation of the low rates we’ve seen in recent weeks, at least in the short term. The average rate for a 30-year fixed home loan has been hovering below 3.5% for the last few weeks. The Mortgage Bankers Association (MBA) recently predicted that 30-year mortgage rates would rise gradually in the months ahead, but stay below for 4% for the rest of this year.

Here is the MBA’s August forecast for average 30-year mortgage rates, by quarter:

The general consensus appears to be that home prices in Dallas will continue to rise steadily in 2017, but at a slower pace than the last couple of years.

Housing demand is expected to remain strong due to low mortgage rates and the relatively strong job market in the Dallas-Fort Worth metro area. Rising home prices could weaken demand, though, as affordability becomes an issue for some would-be buyers.

Disclaimer: This story includes forecasts for the Dallas housing market in 2017. Predictions were made by third parties not associated with our company. The Home Buying Institute makes no claims or assertions regarding future real estate conditions.