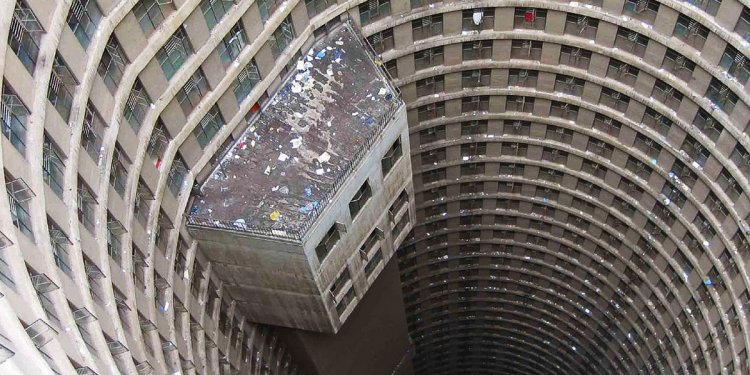 Sprouting from the Gulf of Finland in the Baltic Sea, the abandoned Fort Alexander once protected the shore from invaders but would later go on to protect the shore from plague research.

Built in the mid-1800s to guard the gulf near St. Petersburg, the oval complex was not constructed on a preexisting island but was instead erected on an installed foundation. A set of beams was driven into the sea floor to support the actual base which was made from a series of concrete, sand, and granite layers. The sheer brick and granite wall of the fort was built on this foundation. The complex consisted of the main building with a central courtyard in the middle. The elliptical building could house up to 1, 000 soldiers over three floors and also featured over a hundred cannon and gun fortifications. Despite its strategic location and fortification, the base never saw any direct military combat.

Given that it had never proven itself as an effective military fort, the base was repurposed around 1900 to serve as a plague research base. The site’s isolation from the mainland was the ideal spot for Russian scientists to study such deadly viruses as cholera, tetanus, and even the bubonic plague. Using horses as test animals the scientists worked to create serums and vaccines for the various sicknesses. The isolation proved well-considered as some of the researchers contracted the bubonic plague and pneumonia.

After the research concluded, the fort was abandoned in the 1980s and soon became an urban exploration site, even playing host to some illegal raves. Be it war, plagues, or dancing, Fort Alexander continues to find a way to protect against being forgotten.