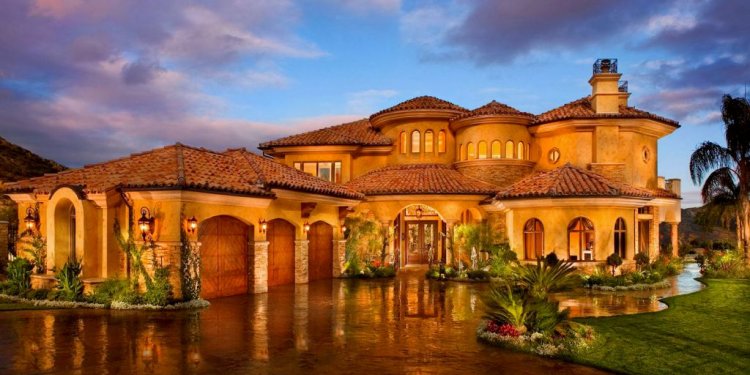 To learn more about these American beauties, we turned to experts, including architects, realtors, authors and preservation and restoration specialists. Together, they provided examples that range from looming-and-eerie to gracious.

But if you think America’s mansions are just replicas of their European counterparts, think again. According to Gary Lawrance, an architect and author who specializes in homes of the Gilded Age, “(These homes) were the culmination of European style and American technology.”

Sitting on a knoll with a lawn that stretches toward the mighty Hudson River, this Gothic Revival mansion was built in an early Gilded Age style. Designed in 1838 and expanded in 1865, its turrets and a four-story tower are a tribute to original architect Alexander Jackson Davis. Narrow hallways lead to rooms with vaulted ceilings and pointed arched windows. Now open to the public, Lyndhurst was originally the home of William Pauldring, Jr., who was the mayor of New York City in the 1820s. The home was later purchased by merchant George Merritt and eventually by the railroad tycoon Jay Gould.

Built by George Washington Vanderbilt II in the style of a chateau, this residence is considered one of the most outstanding examples of the Gilded Age. At 175, 000 square feet, it is the largest privately owned house in the United States. Its formal French gardens and rolling English landscape draw thousands of visitors every year.

This exquisite neo-French Renaissance mansion was designed by C.H.P. Gilbert and completed in 1916. Rife with gilding and carved stone, the home makes a glamorous first impression. Once inside the entry foyer, visitors are treated to beautifully rendered floor mosaics, a stained-glass skylight and grand staircase. Throughout the seven-story home, floor-to-ceiling windows accentuate the high ceilings. And its paneled library is as lovely as it is distinguished.

Surrounded by 10 acres of European-inspired gardens and a private sculpture garden, this Miami mansion overlooks Biscayne Bay. Completed in 1916, the opulent residence features room after room of elaborate arches, classical columns and decorative detail. The library hides a secret passage through its bookcase and the tea room features stained glass doors that splash colorful light on the smooth marble floors.

No, this mansion isn’t in Italy. But perched on a hilltop in Pacific Heights, the Renaissance-style residence was intended to look that way. Designed in the 1920s for industrialist Milton S. Ray, the home features an immense leaded-glass window, a grand reception hall and a winding marble staircase. In addition to crystal chandeliers and floor-to-ceiling windows that give way to views of the Golden Gate Bridge. The 10, 000-square-foot house is listed for $34 million.