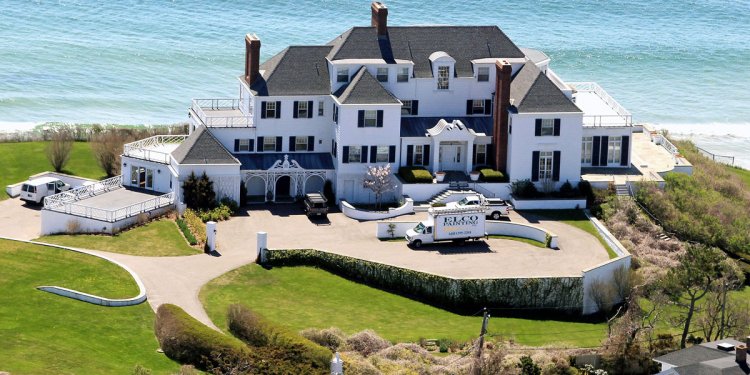 ↑ 1415 Third St.
The basics: 10, 516 square-feet, 7 bedrooms, 6 full bathrooms, 2 half bathrooms Asking price: $7, 999, 000
And here it is — New Orleans' most expensive home. This insanely pricey home was built circa the 1860s and offers a treasure trove of crown molding, chandeliers, and accents throughout its seven bedrooms and six and two half baths.

↑ 1448 Fourth St.
The basics: 9, 800 square-feet, 6 bedrooms, 3 full bathrooms, 2 half bathrooms Asking price: $6, 500, 000
The historic Cornstalk Fence Mansion in the Garden District mansion spans 9, 800 square feet. Gorgeous archways adorn its interior, along with elegant chandeliers, crown molding and a staircase that is what old world New Orleans dreams are made of.

↑ 295 Walnut St.
The basics: 7, 400 square-feet, 6 bedrooms, 6 full bathrooms, 2 half bathrooms Asking price: $3, 990, 000
This house right on Audubon Park is giving us major Secret Garden vibes with its large British-style conservatory. Window filled dining and sitting rooms also provide lots of sun and views of the park. There's also a pool in which to party while surrounded by your lush backyard.

↑ 1527 Sixth St.
The basics: 6, 818 square feet, 5 bedrooms, 5 full bathrooms, 3 half bathrooms Asking price: $2, 990, 000
This house has both a huge screened porch and a terrace to look out onto your saltwater pool and outdoor kitchen. You also get 13-foot ceilings; a big kitchen and dining area; original hardwood floors, medallions and millwork; and a bar.

↑ 4 Everett Place
The basics: 6, 486 square feet, 4 bedrooms, 4 full bathrooms, 1 half bathrooms Asking price: $2, 750, 000
If you look up "mansion" in the dictionary, a picture of this house should accompany the entry. This stately mansion in an Audubon-era cul-de-sac features large wrap around porches and a grand double parlor with an equally grand staircase. The backyard features a brick patio with fountain.

↑ 634 Esplanade Ave.
The basics: 4, 316 square feet, 5 bedrooms, 3-and-a-half bathrooms Asking price: $2, 195, 000
Built by Middlemiss and Murray, this two and a half story home features sweeping ceiling arches, intricate medallions, and tasteful crown molding throughout. The home was renovated in 2011 but still retains most of its old New Orleans charm. The home is Second Empire architecture style, which was one of the most popular architectural styles of the city.

I have been dealing with noise from neighbors…
October 22, 2021

If you were looking for the most beautiful…
October 18, 2021

Every day brings another declaration…
October 14, 2021

Between the nearby lakes and parks that…
October 10, 2021