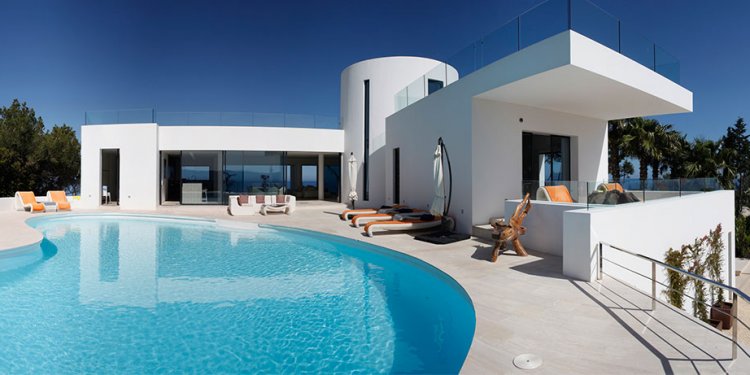 "We've all been sold on the idea that what we want is a big house, " says Joan Grimm, co-owner/operator of Portland Alternative Designs (PAD). "But more and more people are realizing that they don't want to work 12-hour days to be able to afford a home they never get to enjoy because they're so busy working."

Better Sense of Self and Community

International relief worker Gina Bramucci, who travels for work much of the time, calls this 136-square-foot PAD on Grimm’s land "home" and an arrangement that benefits everyone. "Tiny-home living encourages community, " says Grimm. "Instead of every home having a lawnmower, five homes can share one lawnmower."

It's 125 square feet with no real cooking or bathing facilities, but Sandy Foster's cabin in the woods affords her luxuries she wouldn't have in a city apartment, including acres and acres of quiet space all around her.

Inside, a palette of pure white keeps things simple despite Foster's preference for overstuffed furniture and layered decor.

Built to be transported, light, sturdy shipping containers like this one by Leed Cabins make ideal dwellings for people who like to move, if they’re willing to live small. Photography by Daniel Sokol

This design proves that you needn't sacrifice style for the benefits of super-small living, either. The finishes in this unit are as sleek as any you'd find in a luxury apartment. Design by Leed Cabins; photography by Daniel Sokol

When engineer and artist Steve Sauer decided that his one-bedroom apartment was actually more space than he needed, he converted a basement storage unit in a Seattle apartment building into a 182-square-foot "pico dwelling."

Living in such a small space forces Sauer to carefully and continually edit his belongings. But he doesn't mind it — quite the contrary. "It leads to a more thoughtful life, " he says. Photo courtesy of Steve Sauer

When documentary filmmakers Merete Mueller and Christopher Smith set out to make a movie about people living in tiny homes, they became so intrigued with the lifestyle that they built their own 130-square-foot cabin. The film, TINY: A Story About Living Small, premiered on March 9, 2013.

"Our favorite thing about living in a tiny house is the way the outside landscape fills up the interior space, " says Mueller. "Our window-to-wall ratio is also really high, and I love the way each window frames a different view. There's something about living in a small space that makes the outside world feel that much closer, even when we're tucked cozily inside." Photo courtesy of TINY: A Story About Living Small

The studio includes a sleeping area, kitchenette, bath and workspace, notes Gravitas' Mark Wagner. The owners of this particular unit sometimes rent it out as a B&B, a good way to test-drive small-space living. Photo courtesy of Gravitas, LC

The small house movement started roughly a decade ago, but the economic crisis rapidly accelerated its growth as people began to re-evaluate their lifestyles, craving the simplicity that comes with scaling down. At a fraction of the average house price (some a mere $20, 000), these structures eliminate the hassle and potential pitfalls of a mortgage. Plus, they force their occupants to pare down their belongings to the essentials and devise innovative solutions to make the most of every inch.

Full-size ranges, double-bowl sinks and side-by-side refrigerators simply won't fit. In their place: mini versions that don't hog space, such as this two-burner stove stacked on top of an oven (with storage tucked behind, to boot).

Furnishings that can be collapsed or tucked away when they're not in use give a small home the flexibility it needs. The drop leaf on this table, which sits snug with the wall so as not to waste floor area, folds up or down depending on the homeowners' needs.

Those who inhabit tiny houses don't have the luxury of expansive sofas, clusters of chairs and nests of tables, so what they do have needs to count. Tucked into a bright, sunlit nook, this chair can act as a solo reading retreat, a spot for guests to sit, a perch for doing office work on the computer and much more.

Maximizing vertical space in a tiny home is crucial. Enter the loft, which often is used as a sleeping area. Some have built-in beds that fold up during the day to make room for an office or play area, and others hold inflatable mattresses or futons.

Tiny houses redefine the term "mobile home." For lifelong nomads, one of the most enticing factors of these structures is their potential for portability. Many are outfitted with wheels that allow them to be pulled behind a vehicle and then parked at the next destination.

Apartments and House for Rental by Owner

Apartments and House for Rentals by owner