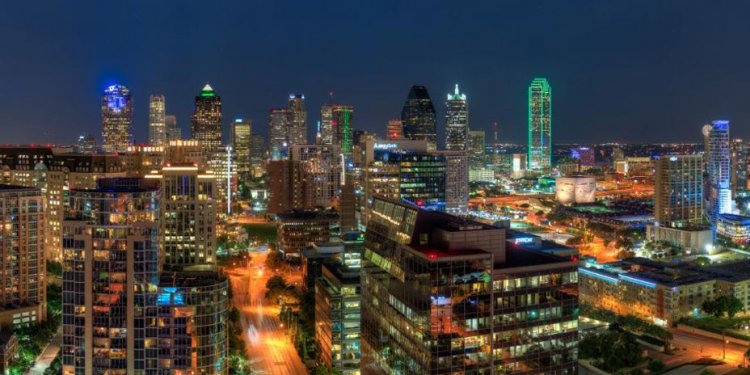 Over the past two decades, the Dallas-Forth Worth area has drawn an increasing number of businesses that have arrived to add to the existing oil economy that first made Dallas a popular destination. Telecommunications giants and manufacturing leaders have all made their homes in Dallas, and this has lead to an explosion in the population. Although this has lead to huge population growth and urbanization in even some distant towns and suburbs, Sunnyvale has resisted that trend and continues to be a sparsely populated, rural area that still remains among the most affluent in all of Dallas. Intersect by U.S. Route 80, which connects it to the Dallas interior, it is also bordered to its north by Interstate 30.

Homes along its northeast edges occupy premium positions along the popular shores of Lake Ray Hubbard. It was among the earliest settled areas of Texas and by 1821 was an active town during the time period when Mexico controlled the area. Over the 20th century, as the rest of Dallas experienced an urbanization and population boom, Sunnyvale stayed true to its rural roots. If you are looking at Sunnyvale homes for sale, you will find a town of highly educated, upper income earners raising families far from the bustle of city life.

While prices seem to have stabilized, the temporary drop in prices that occurred in Fall 2015 may represent a seasonal occurrence, and careful buyers may see listing prices drop between September and December.

The growth of Dallas has driven people out from the interior of the city and into the surrounding suburbs and neighborhoods, which is reflected in the ongoing higher median list price that is found in some of the more affluent areas of town. Sunnyvale’s ongoing higher prices, though, are partly due to the low inventory of homes that are actually on the market. In January 2016, the total inventory of homes was only 17, which was just slightly lower than the 20 homes available in January 2015. As a rural area that is not densely populated, there are fewer homes available. If you are looking for a seasonal deal on homes in the area, you should be aware that Sunnyvale rarely sees a spike in the total number of houses for sale.

If you are looking to move into the area, be aware that this is not a renter’s market, and rental properties in Sunnyvale tend to be significantly lower than what can be found throughout the rest of Dallas and the state of Texas in general. Because it is so lightly populated and highly rural, there are few dense areas where rental properties are available. The area consists almost entirely of home owners that are looking to permanently settle around Sunnyvale. This should be expected, since the area is dominated by families that are looking for a place to raise their children.

The lower number of homes on the market in Sunnyvale help contribute to higher listing prices, but the town also benefits from high income earners and very low unemployment. The median household income in Sunnyvale is $86, 952, which is significantly higher than the median household income of $50, 740 found throughout the rest of Dallas. It attracts well employed individuals and maintains a low unemployment rate of 2.6%, almost twice as low as the national average. It also has a significant number of individuals with bachelor’s degrees. Almost half of all people in Sunnyvale have at least a bachelor’s degree, and nearly a quarter own a graduate or professional degree. This places Sunnyvale among the most educated communities around the city and places its education levels significantly higher than the national average.

These well employed, educated individuals move to Sunnyvale to settle down and start families. Nearly half of all households have children under the age of 18 living in them and almost 80% of every household consists of married couples. Only about 10% of the entire population is a single individual household. Sunnyvale does not have many college aged individuals living in the area, and its population tends to be entering its middle years, with the median age of residents sitting at 41 years of age. If you are looking to move into a family oriented area that enjoys a middle aged population, then Sunnyvale offers a rural lifestyle away from the hectic nature of urban living.