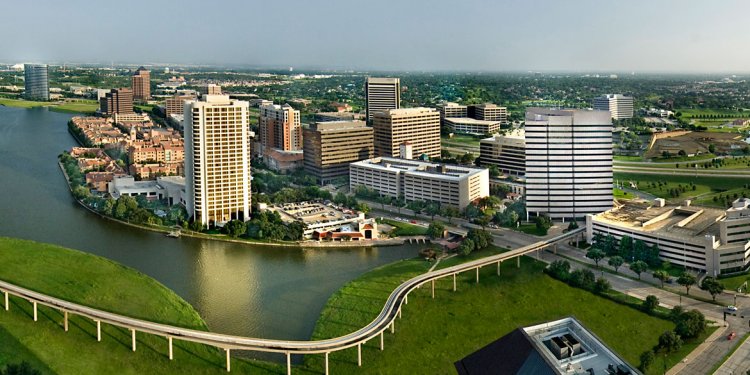 Las Colinas is a 12, 000-acre master-planned development located within the city of Irving. Founded in 1972 by Ben Carpenter, the area was known only 40 years ago as El Ranchito de Las Colinas, "the little ranch of the hills, " and served as a weekend getaway for the Carpenter family. Today, Las Colinas is a model of visionary planning and the envy of cities and developers around the world.

Located only a short 15 minute drive to downtown Dallas, 15 minutes to North Dallas and 20 minutes to downtown Fort Worth, Las Colinas’ central location positions it as one of the most convenient areas to reach from anywhere in North Texas. And its proximity to two major airport hubs, immediately adjacent to DFW Airport and only ten minutes from Love Field, makes it easily accessible from both coasts and within a three and a half hour flight from anywhere in the country. The recent completion of the Orange Line now provides a direct connection to Las Colinas with both downtown Dallas and DFW Airport and other points throughout the region.

With an urban center boasting more than 2, 000 corporations and 400 corporate headquarters, including the global headquarters of multiple Fortune 500 and 100 companies, it is one of the country’s preeminent corporate addresses. In addition to blue chip corporate neighbors, Las Colinas is home to one of Texas’ top-rated resorts, the Four Seasons Resort and Club Dallas at Las Colinas, as well as the PGA Tour’s AT&T Byron Nelson Championship.

A true live, work, play environment, there are 56 small lakes and water amenities throughout the development, jogging trails, public and private parks, museums, colleges, hospitals, country clubs, and cultural and recreational institutions. Northlake College, the University of Dallas and the Las Colinas Medical Center have all established campuses and several museums including the Irving Arts Center and the National Scouting Museum are located nearby.

The 125-acre man-made Lake Carolyn is located at the core of the urban center and is a true town lake. The Mandalay Canals, unique system of Venetian style canals, flank one side of Lake Carolyn and meander through the nearby offices, shops, restaurants and residential areas.