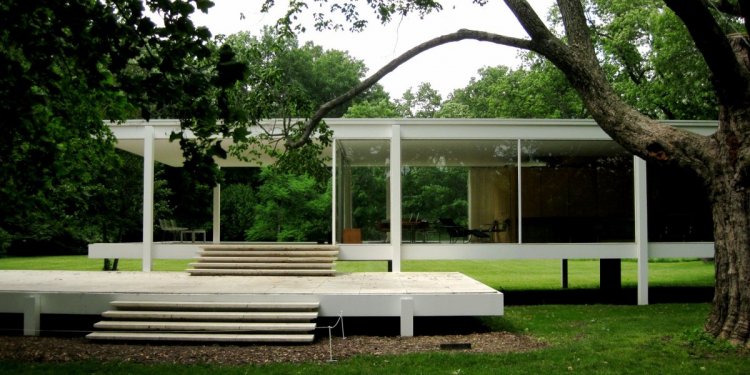 Most beautiful houses of the world

What is the most unusual home you have ever lived in? Many of us only know what it is like to live in stucco or brick buildings, with everyday walls, windows, and doors. But there are houses all over the planet that are far different from the traditional, offering a unique way of life, and a place to live that is just as much art as it is a home.

Here are 11 of the most amazing and unusual homes found all over the world.

Called the “House NA, ” this glass house was designed by Sou Fujimoto Architects to let in a whole new level of natural light. Located on a populated street in Tokyo, Japan, the only thing this house is missing is some privacy. The 914 square foot home was built to be like a tree house with layers of living spaces built in throughout.

There was not enough land to build a full home on this parcel, and so the architect designed a house built into the active waterfall on site. Located on Bear Run in Pennsylvania, this home is truly remarkable.

3. The Most Narrow House In The world, The Keret House

This home made the best it could out of a very small space. Squeezed between two buildings, the Keret house ranges between 92 and 152 CENTIMETERS in width!

Do you see it? It’s the small structure crammed between 2 much larger structures.

At one point in time this airplane flew people from South Africa to Columbia, but at the end of its career it ended up at the San Jose airport. Here it was purchased for , 000 and recycled into a home located in Costa Rica.

The 2-bedroom domain has epic views of the ocean and surrounding gardens thanks to the long hallway adorned with endless windows–provided by the plane. It cost , 000 to transport the plane to Costa Rica, at which point an additional , 000 was spent in renovations to make the airplane feel like home.

5. The Hobbit House in Wales

This house sure makes for some delightful photographs! Making it less of a surprise that a photographer is responsible for creating this house. With some help from his father-in-law, he was able to build this house using all natural materials and only $5, 200. His goal was to create a living space that resembled the Lord of the Rings for he and his family to live, within 4-short months the dream was a reality.

This is one unique, and pricey apartment located In Brooklyn’s Clock Tower building. The lavish 7, 000 square foot pent house overlooks Manhattan, Brooklyn, and Queens offering up some of the most amazing views in all of New York City. Interested? The price tag reads million dollars.

Located in Malibu, California, this house is YABBA-DABBA-SWEEETT!!!

One man’s trash is another man’s treasure–the old saying just went to a whole new level after you see this dumpster home. Gregory Kloehn is designer from California that turned an old dumpster into his Brooklyn home. It might be a ‘dump’ but he’s added all of the necessary ammentities to a good apartment, he’s got a microwave, mini-stove, some storage space, and even a tiny little toilette!

The best part according to Kloehn? “If you don’t like your neighbors, you can push it a block over.”

Who needs a whole island when you can build a house right atop a rock?! This unique home is located in Serbia.