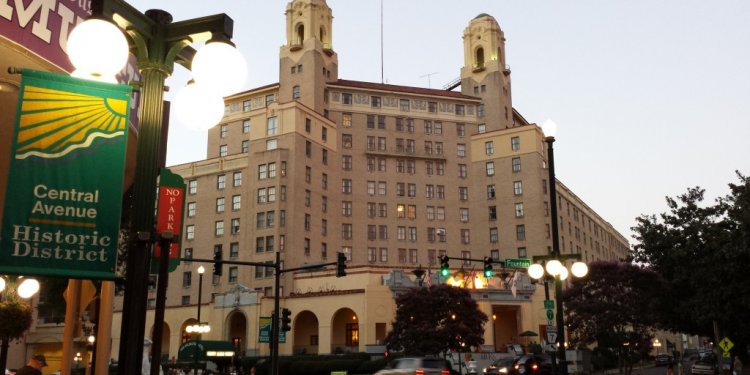 The colorful history of the three eras of Arlington hotels is not architectural beauty and uniqueness alone. Always the center of activities in Hot Springs, the Arlington has hosted hundreds of grand balls and social events since 1875. Politicians, dignitaries, actors, gangsters and entertainment and sports legends bathed in our bath house, danced to our music and enjoyed our splendor and charm. The Arlington has survived a devastating fire, economic downturns, changing social attitudes and much more. Steeped in history, The Arlington is truly a legend.

A Storied Past: The History of The Arlington

The present Arlington opened Dec. 31, 1924 with a gala New Year’s Eve dinner dance. Although the third Arlington architecturally differs from the first two, there is one holdover – the twin towers.

Originally opened in 1875, The Arlington Hotel is a Hot Springs treasure. Its original wooden structure was three stories high and boasted 120 guest rooms, making it the largest in the state in that era. Gas lights illuminated the spacious rooms and there was a grand court between the structures’ two wings. Colonial porches ran the full length of the building to Hot Springs Mountain. In the late 1880s, some 100 rooms, a new dining room with electric lights, and another parlor were added.

The original building was razed to make way for a new 300-room Spanish Renaissance structure in 1893. The new Arlington was referred to as “the most elegant and complete hotel in America” in Charles Cutter’s 1892 Guide Book. Designed in three sections, but with five levels, the “new” Arlington featured a spacious veranda with arcades running the full length of the hotel. Photographs and records in the 1894 and 1896 Cutter’s Guide show a rotunda, grand ornamental oak stairway circling a beautiful glass dome, the lobby, a pink parlor, and grand ballroom. The building was destroyed by fire April 5, 1923.

This Arlington, as its counterparts, was designed with bathers and vacationers in mind and had 560 rooms. The Crystal Ballroom, Venetian Room and lobby were part of the 1924 structure. Adjacent to the lobby are the Writing Room (now a Starbucks), Card Room (now called the Magnolia Room) and a Board Room for meetings. The Music Room for the Arlington Orchestra’s performances opened onto the Venetian Room and lobby. The Arlington included an in-house bath house with open, bright separate accommodations for men and women, and 50 rooms had thermal mineral waters piped in. All of these facilities, except the Music Room, are still in use.

For 30 years, windows and door louvers ventilated guest’s rooms until 1955 when air conditioning and a heating system were installed. The three guests elevators, in operation since 1969, replaced the original hand-operated elevators installed in 1924. Around from the main elevator is the original bath house elevator – lined with beveled glass and shining brass – still manually operated.

The Arlington’s luxurious accommodations and location in America’s Spa City have attracted many famous guests including U.S. presidents Franklin Roosevelt, Harry Truman, George H.W. Bush, and native son Bill Clinton. Many baseball greats such as Babe Ruth as well as championship boxers have relaxed and enjoyed the thermal baths at the Arlington. Stars such as Tony Bennett, Barbra Streisand and Yoko Ono have all luxuriated at the hotel. Al Capone, whose favorite room was 442, had the whole floor for his staff and bodyguards. He could look across the street from his window and see the activities at the Southern Club, now the Wax Museum.