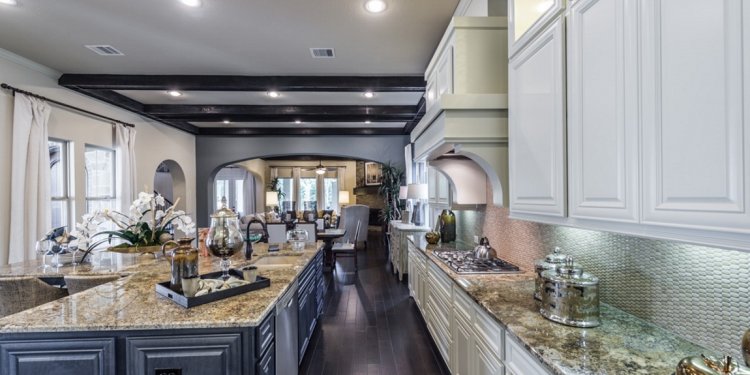 Offering an enticing mix of Old West charm and new millennium amenities, the Dallas-Fort Worth area is the largest metropolitan hub in the southern United States. Though each city has its own North Texas identity, their close proximity-35 miles-has merged them into a “Metroplex” well suited for luxury real estate living.

Everything in Texas really is bigger and that includes top-tier real estate options. Throughout Dallas and Fort Worth you can indulge in a bevy of choices from private villas and elegant penthouses to Great Gatsby-style mansions and sprawling western ranches that would make J.R. Ewing envious.

Dallas is an affluent city, which caters to the many billionaires who have embraced its grand and gracious Texas lifestyle. It is also home to 18 Fortune 500 companies and five professional sports teams. Restaurants and high-end shops rival those in the country’s top urban markets and its arts district is thriving.

North of the downtown grid is where you will find exclusive enclaves such as Preston Hollow, home to some of Texas’s wealthiest citizens. Frank Lloyd Wright designed his only Dallas residential project in this leafy neighborhood, his last home built before his death. The Turtle Creek and Oak Lawn neighborhoods resemble Manhattan’s stoney Upper East Side while the stately old-world mansions of the Park Cities-University Park and Highland Park-exude an elegant grandeur.

Forth Worth is where the region’s Old West heritage is celebrated with gusto-and the perfect place to channel one’s inner cowboy. Prestigious neighborhoods include Rivercrest, with one of the oldest private country clubs in the state, and Westover Hills, an exclusive enclave with mansions dating back a century.

The Stockyards National Historic District recreates the town’s Wild West history while the 35-block Sundance Square in downtown Fort Worth is a favorite destination for dining, shopping and an arts scene that’s become known as a cultural capital of the Southwest. Along with three world-class art museums-the Amon Carter Museum of American Art, Kimbell Art Museum and the Modern Art Museum of Fort Worth-is the one-of-a-kind National Cowgirl Museum and Hall of Fame. It’s no surprise an institution saluting trailblazers and pioneers would be in the city of Fort Worth, a former frontier town that’s transformed itself into one of country’s largest and most livable.