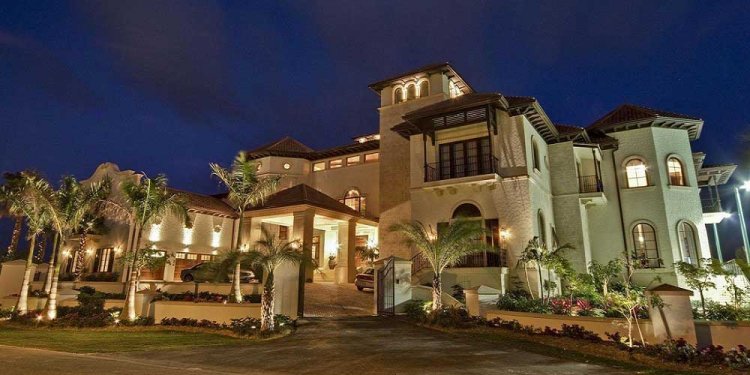 Midland may well be the quintessential West Texas city. Not only is this historically oil-based city the hometown of none other than previous First Lady Laura Bush, but in our analysis, it scored major points for the lowest unemployment rate in the state-just 4.1 percent-and for its shorter than average commute time of just 19 minutes (take that, Greatwood with your near 40-minute drive!)

Midland also had a higher median home price than over half the places in our analysis-$126, 600-and ranked pretty well for its 1, 816 total amenities according to Yelp, which put it in 66th place for this criterion. If you think this doesn't sound all that impressive, remember, this analysis ranked 242 places, so that means Midland had more amenities than 176 of the others on our list. Way to go, Midland.

Also located in West Texas, Levelland ranked well in our analysis for its relatively low cost of living-a 78, compared to the average of 100; a low student to teacher ratio of just 13 to 1, and some of the best weather in the state. Don't get jealous, Houston, but Levelland had an average summer temperature of 77 and an air quality score of a low 26. That's a dry 77, too.

Levelland was among the best when it came to unemployment and a low sales tax rates as well, 4.3 percent and 8 percent, respectively. Of course, all of Texas shares an income tax of 0 percent, so the sales tax really does make all the difference, and in Levelland, that difference is pretty awesome.

Hereford may be known as the Beef Capital of the World for its large number of cattle fed in the area; it also known locally as the Town Without a Toothache for its high level of naturally occurring fluorine in the water (don't ask); but after our analysis, it may want to add "Coolest City in Texas" to its list of names.

That's because with an average summer temperature of just 73 degrees, it quite literally, was the coolest place in Texas-or at least in the 242 places we took a look at. Hereford also scored points for its unemployment rate of just 5.1 percent, a cost of living score of just 78, and a commute time of just 20 minutes on average.

This Ector County city, just outside of Midland, is probably best-known for its recent spotlight in the movie "Friday Night Lights"; but perhaps it should be known for its high number of amenities (16, 955), low cost of living (77), and an unemployment rate of just 5.3 percent.
Odessa also ranked well for its average summer temperature of just 79 degrees, which residents may argue may not always feel like this, but we assure you, these numbers don't lie.

Located just about as north as you can get in North Texas, it may not be surprising that this city of nearly 19, 000 ranked well for a low summer temperature, averaging at 75 degrees, and clear skies, with an air quality score of 21 (the lower the better). What may be surprising, though was that this city ranked as the very highest in our analysis for quality of life.

With plenty to do, and clear weather to do it in, it's almost a shame that almost 96 percent of residents are busy at work every day-as this city's unemployment rate was just 5.5 percent. At least with a short average commute time of 18 minutes, there's a chance for residents to get home early to enjoy that North Texas weather.

Just outside of Waco, Hewitt has all of the benefits of its larger neighbor city, without actually having to. be in Waco. In fact, Hewitt ranked among the best when it came to its overall quality of life, with a median household income 33 percent higher than the rest of the state, combined with a cost of living of just 81, where the national average is 100.

New Territory may be appropriately named, as in this analysis at least, it is certainly breaking new territory-especially when it comes to affluence. With a median household income of $115, 373, New Territory was among the best-paid in our analysis; and with median home and rent prices of $225, 400 and $1, 314, respectively, it is clear that this place in Fort Bend County has some desirable real estate. This, plus a student to teacher ratio of just 14 to 1, combine to make New Territory the No. 1 place in our analysis in terms of overall quality of life.

With over 2, 700 total amenities, Hutto came in as the 40th in this criteria, beating out over 200 others places. It also had some of the lowest student to teacher ratios, 14 to 1 and highest rent prices in our analysis, a median price of $1, 385 per month, indicating a high desirability to live in the area.

Deep In The Heart Of Texas

The stars at night may be big and bright, deep in the heart of Texas-but after this analysis, their luminous may have some competition with these shining places. Puns and cheesiness aside, these 10 places are near enough to make even a non-Texan proud, with some of the state's best education, highest incomes, crime rates, and so much more.

Best looking houses in the world